The Society annually presents an award to an outstanding individual in recognition of their contributions and achievements in the resolution of public environmental concerns. There are no specific criteria, no age limitations, however, international scientific developments in toxicology are of special interest. 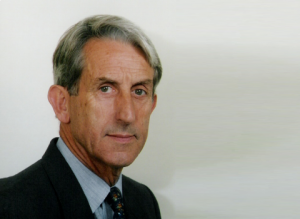 Functions in Scientific Societies and Committees

After initial training in Medicine and Pathology at Charing Cross Hospital, where he won the Governors Clinical Gold Medal, Sir Colin became Lecturer at the Institute of Child Health, Great Ormond Street and was there for six years, becoming a British Heart Foundation

He has worked in Vascular Pathology and Paediatric Pathology and has written standard texts on both subjects, and has a body of experimental work in vascular pathology, mainly concerned with biomechanics.  His interest in toxicology – developed as a result of work in the early days of the culture of vertebrate embryos – has meant that he has served as a member of the Committee on Safety of Medicines and as a member of a number of other related committees of the European Commission. He was Chairman of the Advisory Committee on Pesticides for 10 years; this aspect of his work means that he has advised the British Potato Council and addressed the World Banana Congress.

Sir Colin is a former member of the Medical Research Council of Great Britain and has remained an advisor to that body. He is a former President of the European Society of Pathology and of the British Academy of Forensic Sciences. He was elected to the German Academy of Sciences (Deutsche Akademie der Naturforscher Leopoldina) in 1993 and made Knight Bachelor in the Queen’s Birthday Honours List in the same year, for services to Medicine and Science.  He is an Honorary Fellow of the Royal College of Physicians, of the Faculty of Occupational Medicine, the Faculty of Pharmaceutical Medicine and of the Royal College of Physicians of Edinburgh and has a number of honorary degrees from overseas universities.

Since retirement from his University Chair he has been increasingly involved in work on the public understanding of science and serves on the Steering Committee of the European Science Open Forum and is chairman of its programme committee. He is on the management board of Sense about Science, a body that advises Parliamentarians about the consequences of scientific legislation and regularly presents topics to the Parliamentary and Scientific Committee. He is an Honorary Curator of the Deutsches Museum in Munich.

In 2005 he was made an honorary fellow of the German Pathological Society and of the British Society of Toxicology.